Welcome to my private homepage!

This website is dedicated to the visualisation of topics in geometric analysis with emphasis on free boundary minimal surfaces in the unit ball (FBMS).

I am a postdoctoral researcher at the University of Münster in the field of Geometric Analysis. Previously, I worked at Queen Mary University of London after graduating from ETH Zürich. Please feel free to contact me via email. I would be happy to answer your questions and appreciate feedback and suggestions. 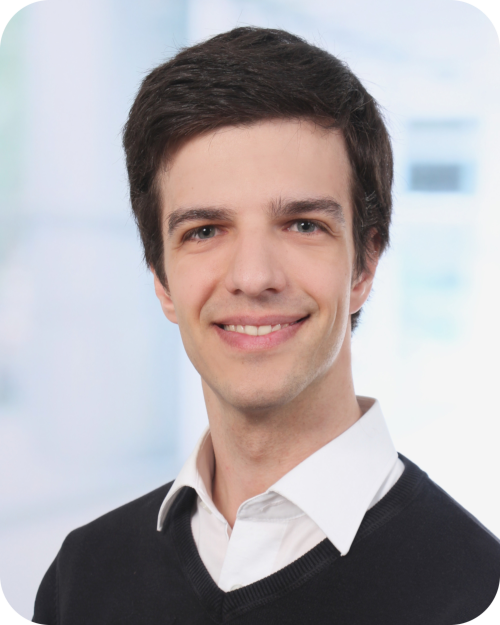 The rigorous construction of new surfaces in geometry is comparable to the discovery of new species in biology, the synthesis of new molecules in chemistry or the detection of new particles in physics. Studying the question whether or not surfaces with certain properties exist sheds light on how our ambient space dictates which shapes are possible. A property which is most desirable for surfaces is to be critical for the area functional, that is being a minimal surface. This means that its area can not be decreased to first order by any small variation of the surface. Equivalently, the mean curvature of the surface vanishes everywhere which means that at every point on the surface there is a tangential direction in which the surface has largest positive curvature and a second tangential direction, orthogonal to the first, in which the surface has an equal amount of negative curvature. As a consequence of this equality, minimal surfaces are particularly aesthetic and enjoy rich geometric and analytic properties. The search for and analysis of these surfaces has been the focus of the research of some of the most famous mathematicians of the past 300 years.

Euler discovered the first (nonplanar) minimal surface, the catenoid. Several decades later, Meusnier's helicoid and Scherk's minimal surfaces were added to the list of known examples. The theory was then further advanced by Enneper, Schwarz, Riemann, and Weierstrass. Plateau illustrated that minimal surfaces appear in nature as surfaces with least potential surface energy. He realised them experimentally by dipping wires in the form of closed curves into soap water. The famous problem about the existence of a minimal surface with an arbitrarily given Jordan curve as boundary was named after him and its solution – achieved independently by Douglas and Radó – is a milestone in the history of mathematics. The corresponding Neumann problem was proposed by Courant and asks for free boundary minimal surfaces, i. e. minimal surfaces that meet a given constraint surface orthogonally along their boundary. The work by Fraser and Schoen revealed a striking relationship between the Steklov eigenvalue problem and free boundary minimal surfaces in the unit ball, amplifying the interest in these surfaces in recent years. However, even in the case of the Euclidean unit ball, many fundamental problems remain open. One of the most basic ones is the question whether the three-dimensional unit ball contains embedded free boundary minimal surfaces of any given genus and with any number of boundary components.